There’s a cottage on an island in a big lake in New Hampshire that Derek’s family has owned for decades. It’s pretty modest, a tiny little kitchen with one of those half-sized ovens, lots of windows, cramped bedrooms, and a big porch that spans the front of the house and looks out over the cove. Out back is a rusty pine needle carpet that leads to a stocked wood shed and further along is an uneven dirt basketball court with hoops chained to trees that haven’t stopped growing.

When it rains at the lake everyone hunkers down inside with a crossword puzzle or a book. Some succumb to an involuntary nap. The lake changes from dark blue to hematite grey and the ancient carpet inside the cottage gives off the scent of years spent absorbing the musty damp air. Going to the lake in the summer is all about swimming and outdoor projects and naps in hammocks and spying on boats with binoculars. There are only so many naps and puzzles and worthy books to entertain people who would rather be outside.

After one particularly rainy day, a crop of mushrooms popped up overnight in the backyard, big ones. The kind you know not to eat, but instead use for golf swing practice, the spores exploding on impact and spreading everywhere, as nature (sort of) intended. The day before we’d cleaned out a dingy plastic box and found treasures from Derek’s childhood. Little metal hats and shoes from lost Monopoly games, tiny plastic yellow balls that went to something, and figurines from defunct cartoons. Monterey Jack was a lovable character from Chip ‘n Dale’s Rescue Rangers. His stubby little arms akimbo and a big, buck-toothed grin made him look perpetually pleased about some accomplishment.

We took him out back and photographed him admiring the magnitude of the mushrooms. 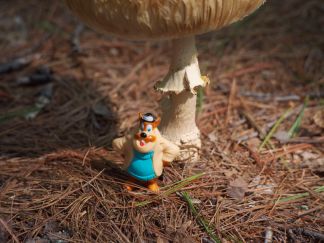 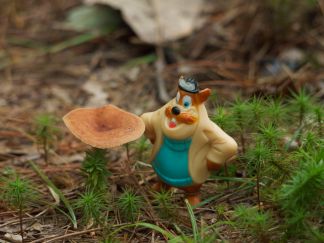 What a proud little mouse. The mushrooms really were something. 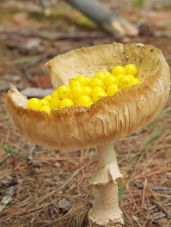 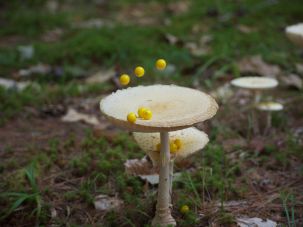 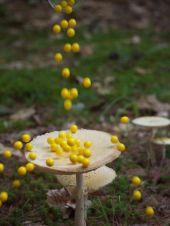 We spent hours in the backyard, setting up shots, finding just the right angle, laughing at the juxtaposition of a happy adventurous mouse and his beloved mushrooms. A few people checked in on us from time to time, trying to figure out what we were doing and then walked away shaking their heads. Kids. (Grown adults actually, but since we were the youngest present, we were always “the kids.” “What are the kids doing?” “Taking pictures of mushrooms.” “Kids.”) 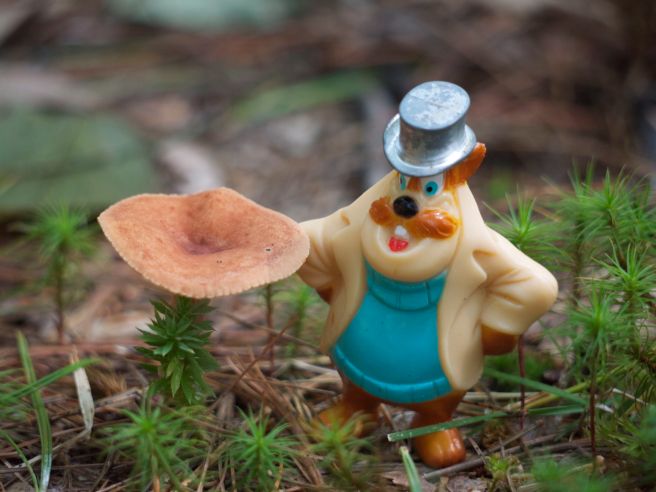 I love my husband for many reasons, his ability to weather long silences, his athletic prowess, his willingness to do weird things he knows I’ll love like driving into a construction zone so I can touch the unbelievably long grass that had somehow grown all over a giant mound of dirt.

But I think what I love best is his willingness to engage with boredom. Boredom is a challenge to him, a game he plays to see what he can make out of the pieces he sees around him. How can he mine something fun from the doldrums? Our best days, the ones where I remember the smell and look and sound of them, are the ones that popped out of nothing. There was a lazy day of being cooped up inside and then there were mushrooms and plastic figurines and a set of photos I still laugh at when I look at them.

Boredom can consume you or it can challenge you. When you let it be a challenge instead of a burden, it can surprise you. I don’t know. Maybe the case for boredom is really just a case for mindfulness and finding joy in what you have.